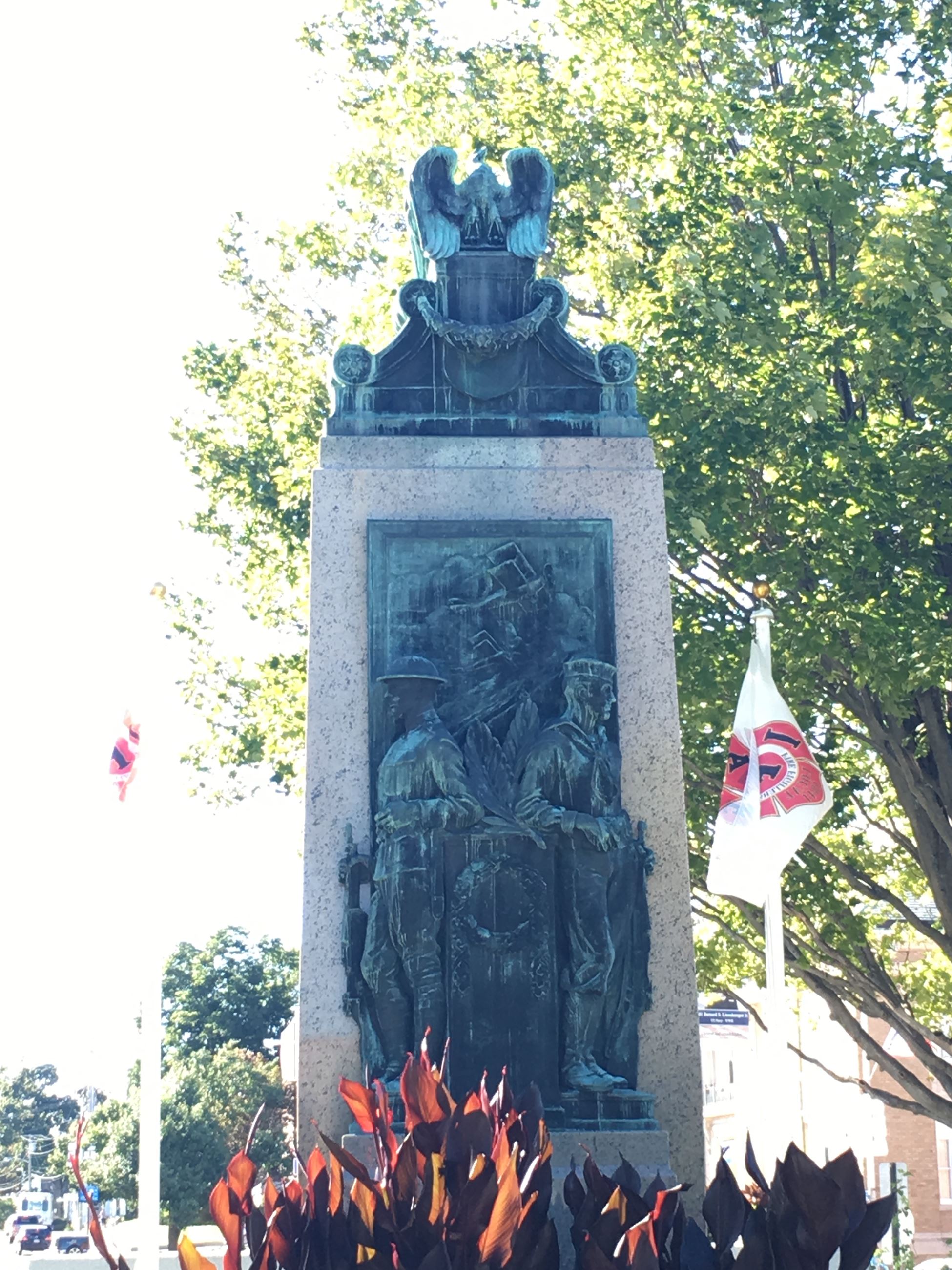 Legend on the front of the monument, engraved in stone:

Legend on the back of the monument, raised letters cast in bronze:

To her brave sons and daughters who served in the World War A.D. 1917-1918 the City of Leominster has erected this monument in grateful commemoration of their patriotism.

Here are recorded the names of those who died:

The casting on the front of the monument is marked, at the bottom, with the name of the maker "T. F. McGann and Sons Co., Boston, Mass."